Home Who We Help

We specialize in helping a specific type of teen thrive in the real world.

This program is designed to help young men who meet the following initial criteria:

We meet with students and their families to identify each child’s unique needs and abilities. Our team develops a plan with evidence-based techniques to help each student utilize their strengths in addressing their challenges.

When teens feel more capable and prepared to manage the world, they become happier, more socially engaged, and motivated to manage their lives. We help teens discover how their distinctive gifts can build skills to develop a purpose-filled life.

The ultimate goal for every student at New Focus is gaining independence. Our dedicated team empowers each student to develop important life skills. Students then build confidence and motivation to continue with their growing process.

At New Focus Academy, we assist students with a variety of cognitive, social, and emotional struggles affecting their ability to manage their interpersonal and daily life. We know a student is more than a diagnosis, but here are some labels typically associated with our students:

Our students also typically have other personal struggles as a result of their limitations. These include:

New Focus Academy is tailored to a specific type of student, therefore we may not be able to support students which struggle with:

If your child struggles with these issues, we can help refer you to other facilities and professional services.

WHO DOES NEW FOCUS HELP?

We help to empower these students by teaching and practicing social, coping, organizational, and self-care skills in a small, safe environment. As they succeed in the program, they become more confident and self-assured as they deal with day to day life.

Below are representative profiles of the type of students that attend New Focus Academy. 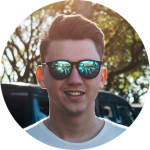 For the last several months, George struggled with depression. He has strong visual-perceptual functioning, but weak verbal abilities. In addition, he has difficulty with executive functioning skills preventing him from staying on task, planning, organizing, and remember details. A major source of his depression is due to an unhealthy relationship with a girlfriend who has cheated on him three times. George wants to marry the girl and be together forever, but their interactions often become heated and unhealthy. As a result, George obsesses about self-harm and cutting after bad arguments. George deeply believes his relationship is healthy and normal. His parents do their best to intervene, but George’s beliefs cannot be swayed. In junior high, George had exceptional grades, but he is currently failing in three classes. He loves playing guitar and believes he will attend M.I.T despite his declining grades. 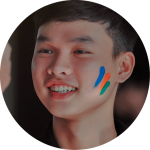 Even at a young age, Jacob was passionate about justice and superheroes. He collects comic books, pajamas, posters, movies, action figures, and video games related to his favorite superhero, Batman. His peers entertain Jacob’s passions for awhile, but eventually become bored with his unceasing talk of superheroes. Jacob also obsesses about getting revenge on peers he feels have wronged others. Unfortunately, his acting out for “justice” has led to aggression and altercations with other peers. In addition, his slow processing speed makes him easily overwhelmed at school. Jacob’s family tried alternative placements with little success. 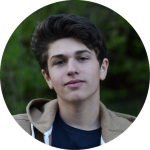 Emery is a sensitive, compassionate young man who enjoys social interactions. He struggles picking up on social cues and timing, such as telling jokes excessively or at inappropriate times. Emery’s undeveloped social skills cause peers to avoid or even bully him. In desperation for fitting in, he began bullying some of his peers. His social isolation and cognitive difficulties are causing frustration and avoidance of school and homework. 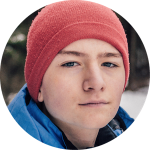 Mark comes from a loving, supportive family. His parents always noticed he was “a little off” and struggling with peer interactions. As he transitioned into adolescence, his struggles intensified causing anxiety and school avoidance. In addition, Mark is falling behind academically. He has a history of intense tantrums, need for order, and prolonged periods of avoidance. Upon entering the program, his family is concerned with his negative emotions, school avoidance, lack of social engagement, and obsessive time spent playing video games.

For help determining if New Focus Academy is the right fit,